This study looked at whether the order of presenting materials in a high school biology class made a difference in test scores.

Students were split into two groups; in Group 1, Mendelian genetics was taught before any in-depth discussion of the molecular biology underpinning genetics. In Group 2, the molecular biology was taught before teaching Mendelian genetics. Some teachers have hypothesized that the second method would be better for students; we looked at the evidence with this study.

Note: Every attempt was made to control for all other variables in the two groups; most importantly, they had the same teacher, textbook, and access to materials. Students were randomly placed into a group. However, there were a few things that could not be controlled for- notably, the two groups met on different times of the week.

Here I look at exam score data for the two groups- this exam specifically focused on the conceptual understanding of genetics.

I use both classical hypothesis testing and Bayesian methods to estimate the difference in the scores between the two groups, and estimate the uncertainty.

Note: The code from Thinkstats2 can be forked here.

In group1, students were taught the more “traditional” way; they were taught Mendelian genetics before molecular biology. In group2, the order was reversed.

How significant is the difference?

First we can start with “classical” hypothesis testing and calculate p-values.
We can do this by: (1) constructing a model of the null hypothesis via simulation or (2) using statsmodel’s t-test.

Both give p-values of about .04, so at a cutoff of .05, these tests say the difference is significant. However, this might be a bit borderline.

I’ll also Bayesian methods to estimate how different the scores were between the two groups, and estimate the uncertainty. 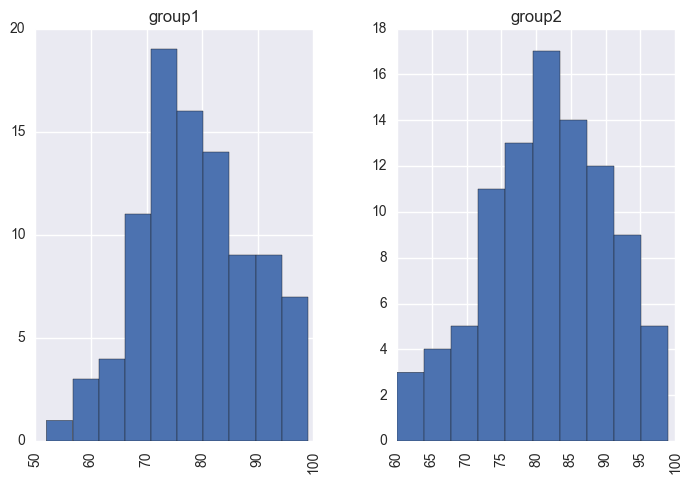 Sampling from the posterior

I’ll give a uniform(1,20) prior for the standard deviations. 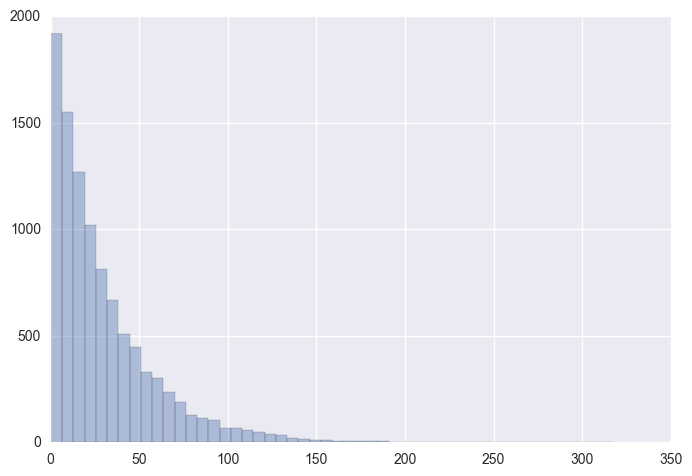 Now we’ll look at the difference between group means and group standard deviations.

Summarize the posterior distributions of the parameters. 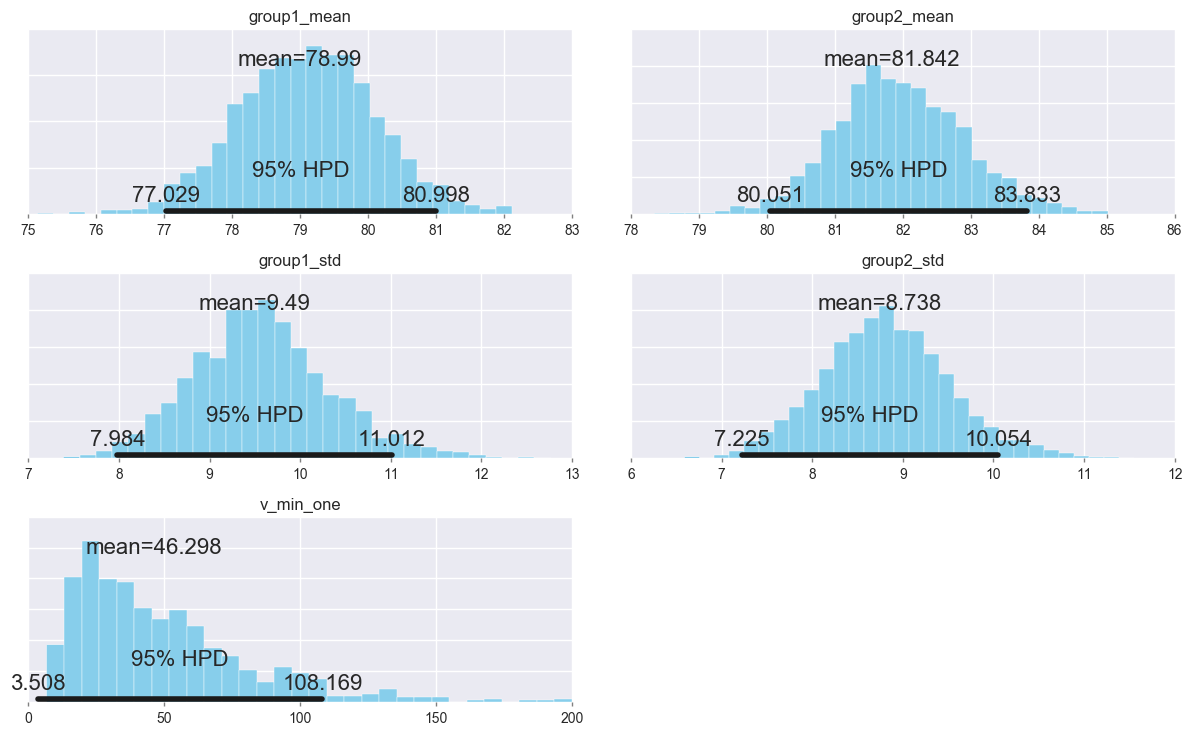 Let’s look at the group differences (group2_mean = group1_mean), setting ref_val=0, which displays the percentage below and above zero.

For the difference in means, 1.9% of the posterior probability is less than zero, while 98.1% is greater than zero.

It also looks like the variability in scores for group2 was somewhat lower than for group1- perhaps switching the order that genetics was taught not only increased scores, but brought some of the outlier students (particularly the ones that would have scored most poorly) closer to the mean?