Can we predict which way a person leans politically, from what they say on social media? Even if they are not talking about politics?

Yes we can! Try out the web app for this project here: PartyPoll 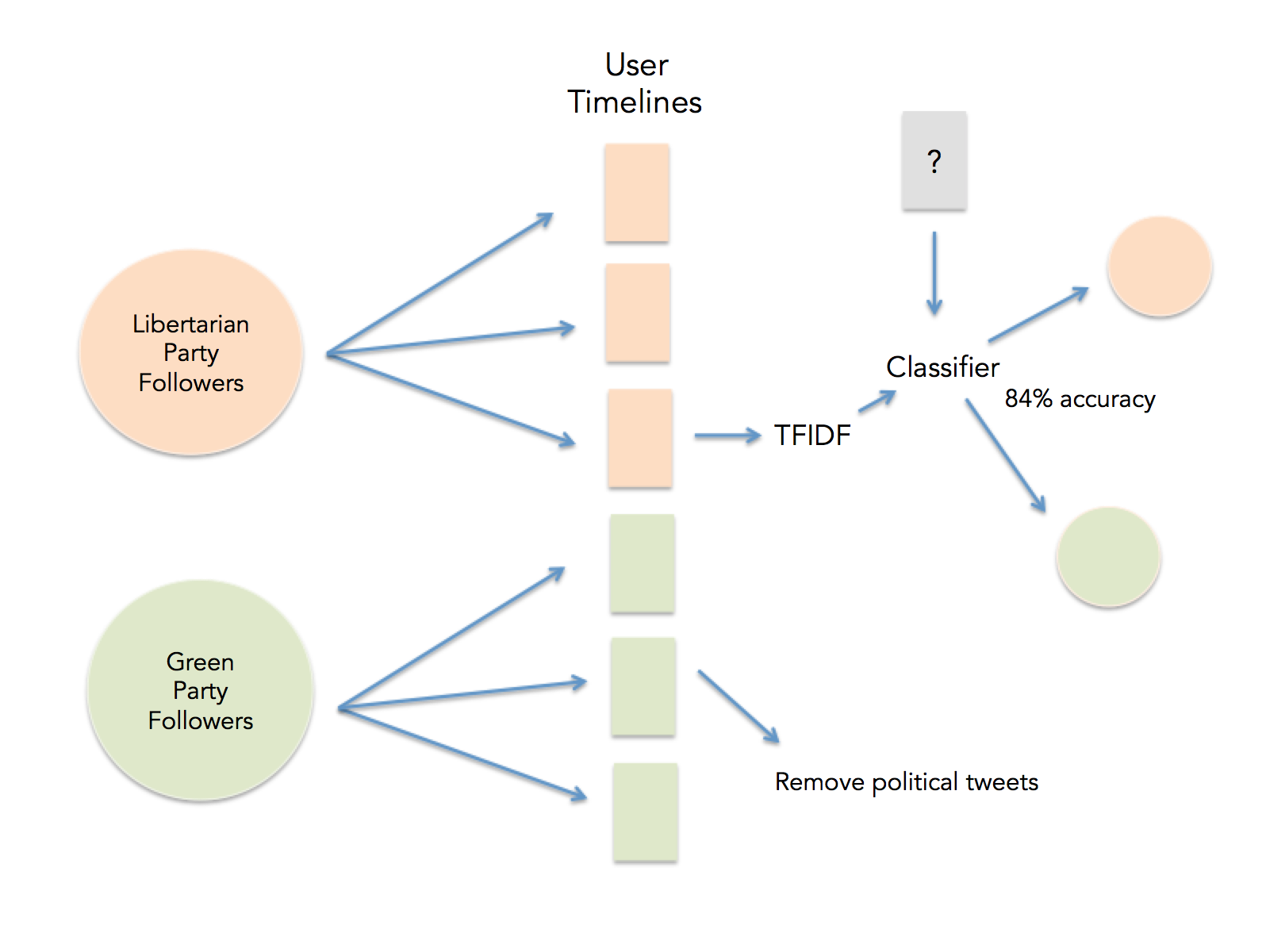 Why does this work at all?

How is it that we can distinguish between Green and Libertarian party followers?

Turns out, they talk about different things (though there is a lot of overlap). I used Latent Dirichlet Allocation to explore topics of third party followers.

Code for LDA topic modeliing with gensim can be found here. 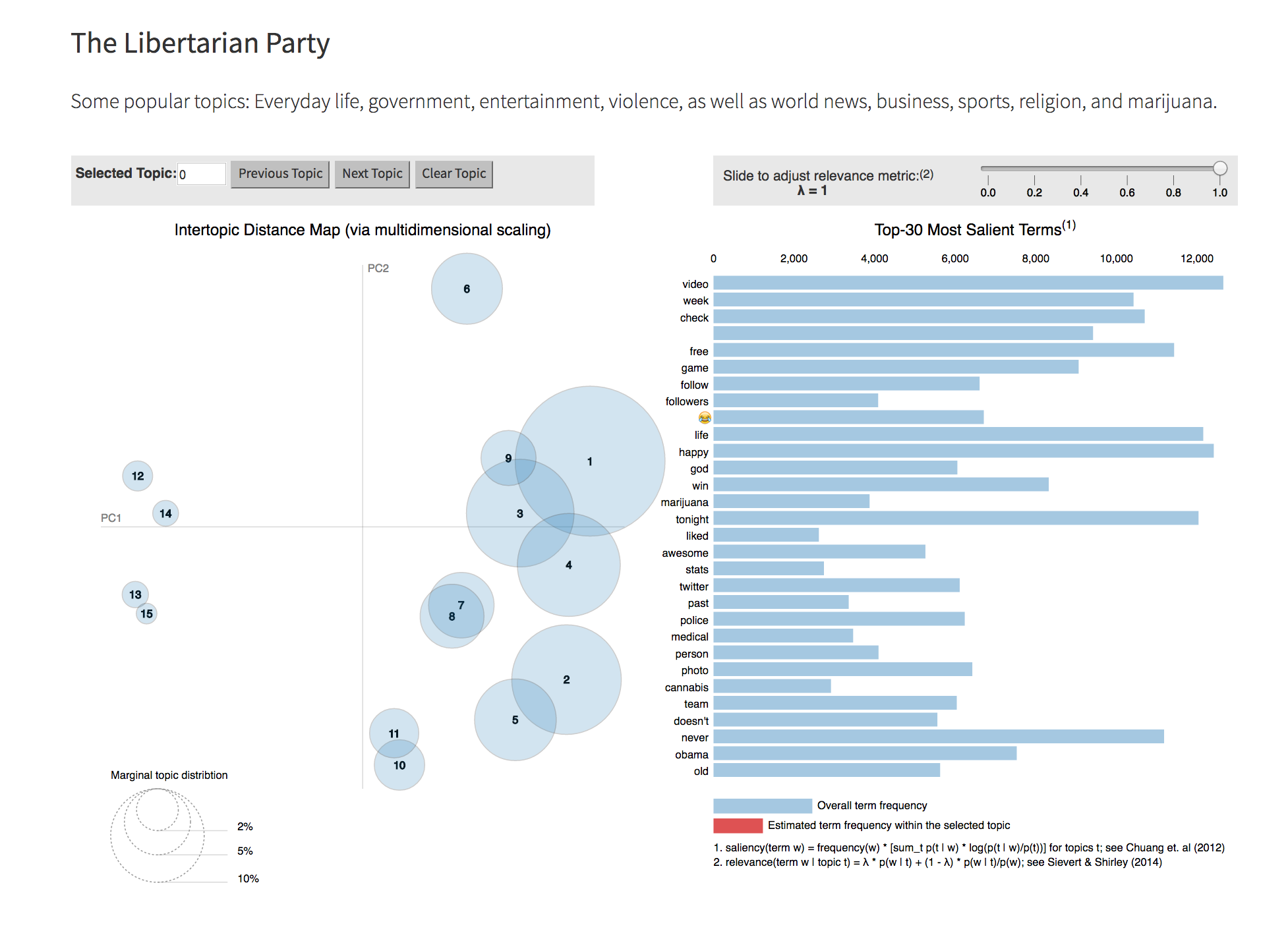 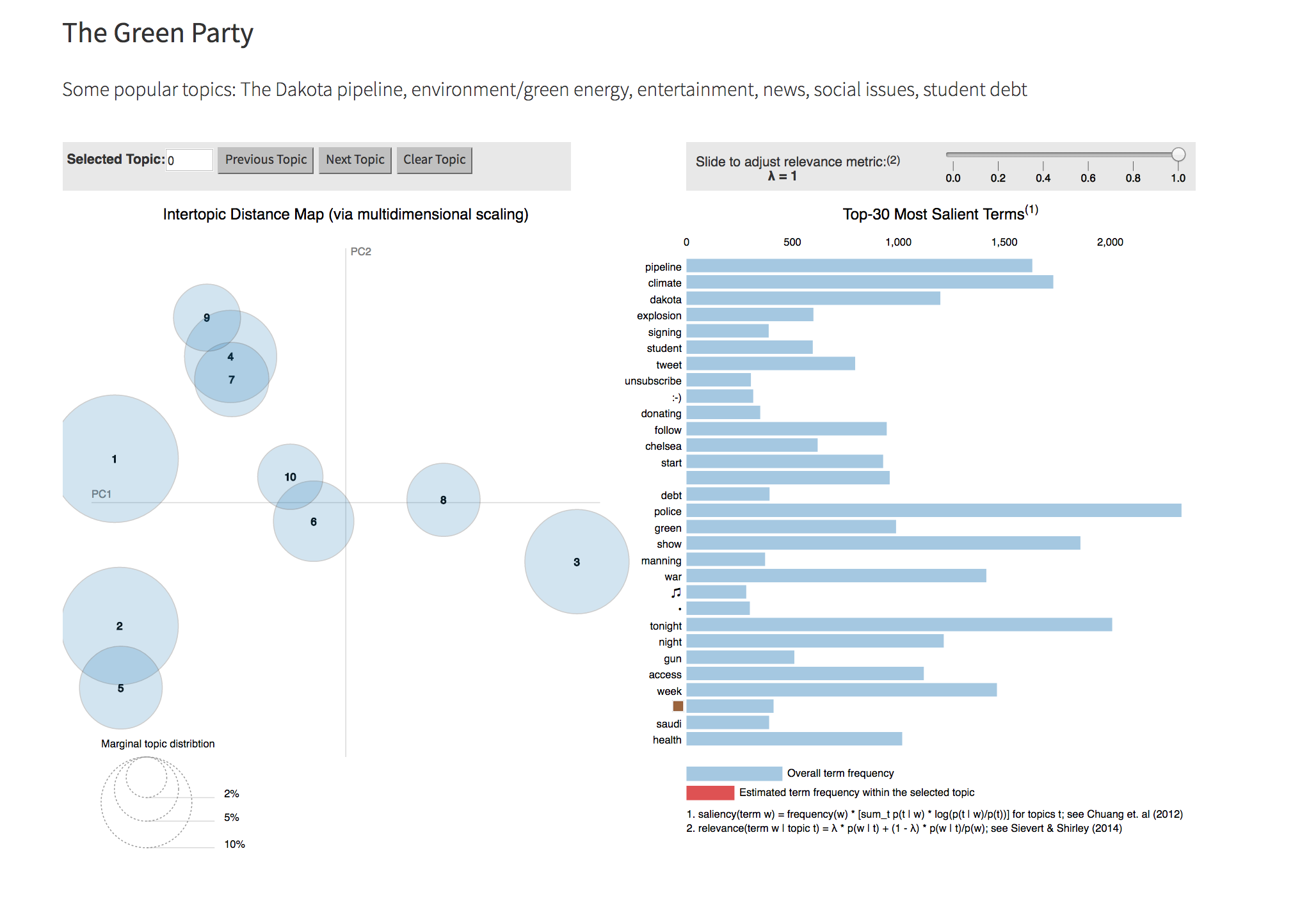